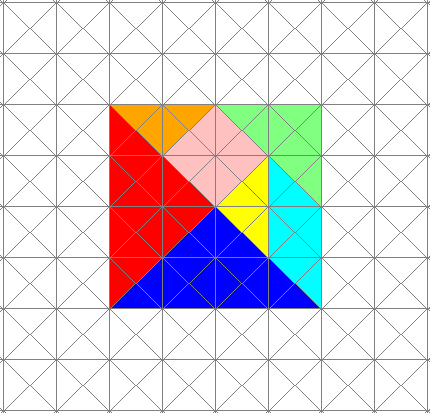 The old Chinese laying game Tangram is probably the best known of the games presented here. There is an abundance of figures representing people, animals and objects, but this website is limited to geometric figures.

For the creation of a solution program, however, the finer division used here is most favorable.

Definition:
A geometric figure is called convex if, with two arbitrary points A and B of the figure, the entire connecting line of A and B also belongs to the figure. 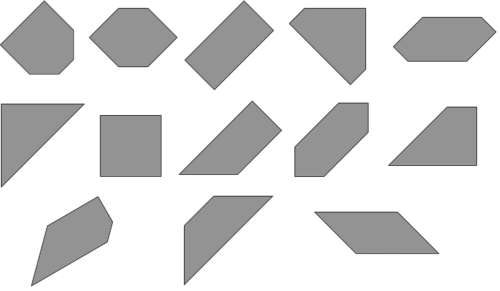